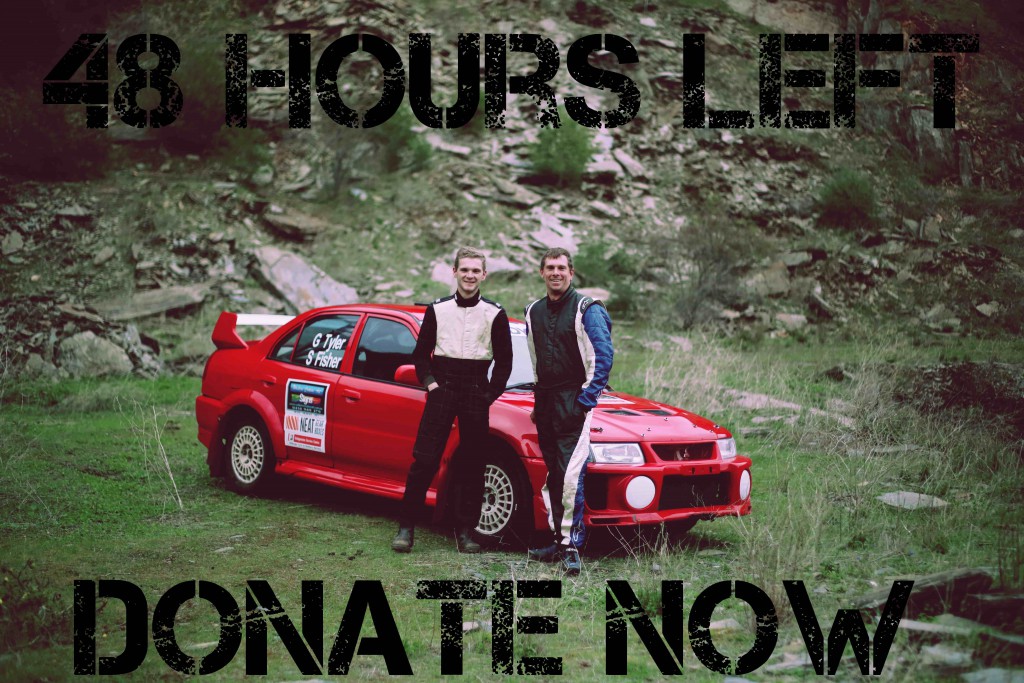 When we started this campaign we had hopes that Guy’s older car would be accepted into the 10th round of the WRC at Coffs Harbour. Being able to compete in a WRC round would have been a dream come true for Guy but would also come with many expenses. These included upgrading Guy’s license and purchasing a new race suit. Unfortunately, since then we have been informed that this won’t be able to happen.

Nevertheless Guy and his team will still be travelling to the Coffs Harbour Rally to compete on the same roads but in the ARC round. Although the extra costs associated with competing in the WRC, are now obsolete, entering this round of ARC is still expensive. The entry fee for the ARC Coffs Harbour round is $2,000 and so we are currently aiming to raise that amount.

The good news is that through selling baked goods and hosting a movie night we have raised $1,500. As you’ll notice we still need $500 to cover the entry fee. We have set up a crowd funding page for those who wish to simply donate to the cause rather then attend the movie night or buy copious amounts of brownies. The crowdfunding campaign will expire in 48 hours to allow 15 days for the funds to transfer.

If you’d like to help Guy cover the entry fee to the Coffs Harbour round of the ARC go to: http://igg.me/at/GhvP-k7VNbg

We truly appreciate all wonderful donations that we have received and are blown away that we have even made it this far.

Thank you once again to all those who have already contributed.