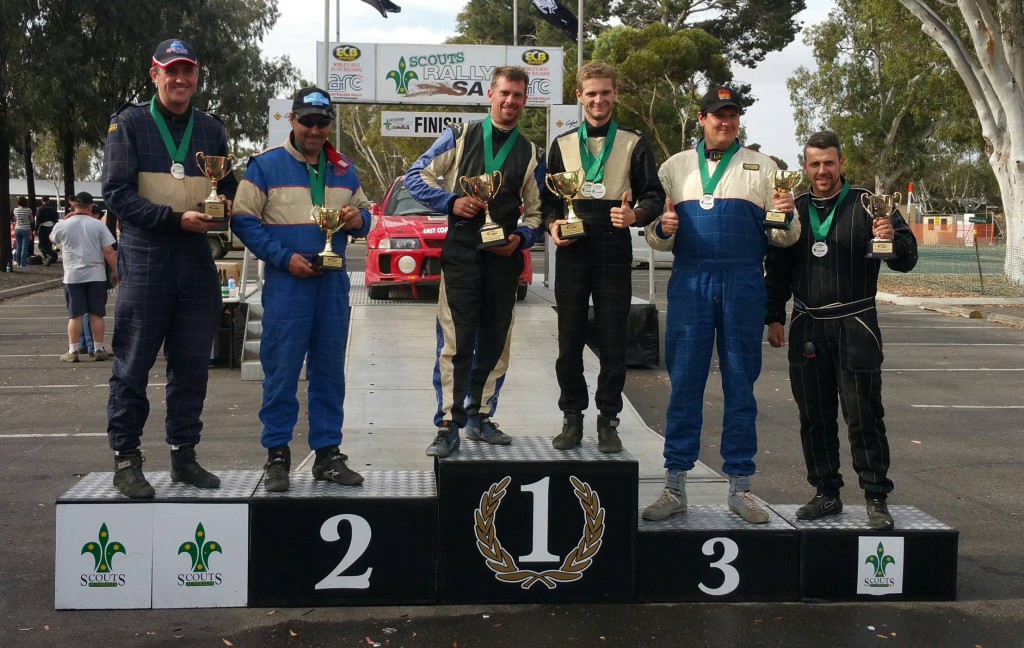 Guy Tyler and Steve Fisher of 777 RallySport have taken out the South Australian State Championship title with a win at Scouts Rally SA.

The team’s battle started well before the event had even began. At Coates Hire Rally Australia the Evo suffered a catastrophic engine failure. The devastating incident stopped the pair in their tracks as they began leading the 4wd ARC. When the team returned to South Australia they set out to source and build a new engine. The massive task was completed within the 5-week deadline, ready for Scouts Rally SA.

Scouts Rally SA began on Friday morning with a power stage qualifier where Tyler & Fisher came 4th. They narrowly missed the cut for top 3 to run in the power stage.

Over the Saturday and Sunday, the older Mitsubishi Evo V suffered from misfiring issues. The cause of the misfire remained a mystery for the duration of the event. Even with their mechanical issues and along with their state championship win, the team came 4th in the 4wd category of the ARC.

With the SARC title secure after Saturday, the pressure of the event was off and the team decided to give it their all to show their pace in the national field. In the first pass of Mt Crawford on Sunday, the intercooler hose blew off 3kms into the 20km stage. Once fixed, Tyler & Fisher went on to win the next 4 stages outright. An amazing effort by the pair for an older car competing against sophisticated modern machinery.

On Sunday, The Gawler Cup proved to be an exciting afternoon. Even with the misfire still an issue; Tyler and Fisher took out second place with 57.1 seconds. Harry Bates sneaked in to take first place with 57.0 seconds.

“I couldn’t have asked for a better year. It has been a dream come true after the unreliability of the Renault Clio for the last 3 years.” Said Tyler.

“After such a challenging event its good to have come out to show our pace and mix with the teams we aspire to.” Said Fisher.

The pair has completed the championship by winning all three rounds of the South Australian Rally Championship. In 2015, the team have also competed in the National Capital Rally and Cotes Hire Rally Australia.

“I’d just like to thank everyone for their hard work this year; Jamie, Mike Dale, Trevor, Ros, Chris, James, Matthew, Mitchel, Evangeline, Michael, Gabby and any one else I may have missed for their support throughout the season” said Tyler.

Tyler & Fisher now have a busy off-season as they prepare the car and hunt for potential sponsors to fund their 2016 campaign.