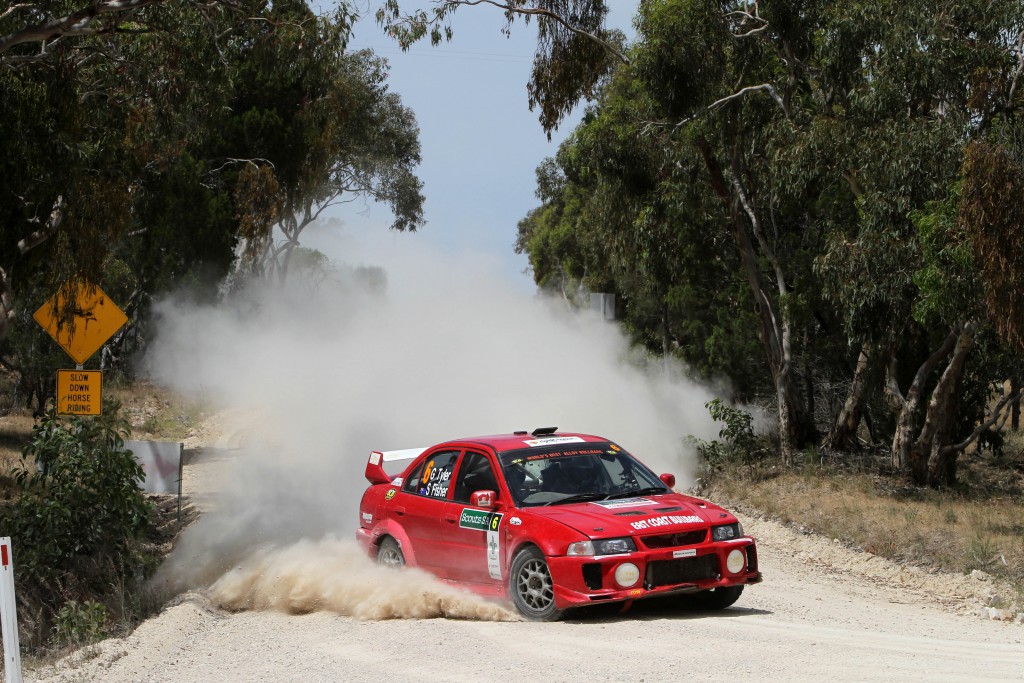 International opportunities in rallying continue to present themselves to aspiring Australian rally drivers, all it takes is persistence, timing and a pinch of good luck as rally.com.au finds out.

Even though he’s no stranger to international rally stages Brendan Reeves once again found himself in an enviable position just prior to Christmas when he was one of the finalists in the DMACK Tyres Shootout in the UK, with the winner receiving a paid drive in an M-Sport Ford Fiesta R2T.

Unfortunately for Reeves it was so near but so far, finishing runner up to Northern Irishman Jon Armstrong after two fierce days of competition amongst the aspiring nine drivers.

“Ended up a disappointing second. Not what I wanted but gave it everything,” Reeves wrote on social media to his fans.

While Reeves continues to try to find a path back into the World Rally Championship three young drivers are all looking to expand their international experience in the UK to.

“It was actually on the drive back to the airport, Phil was asking me what I wanted to achieve with my rallying and he offered some ideas of people to contact in the UK. One thing led to another and we put together an amazing deal to drive an identical R2 Fiesta to my current car in the BRC,” explained Rhys.

Pinter has combined with Forester Rallying and Two 4 Motorsport to contest the opening Round in early March, the Mid-Wales Stages, then work commitments will see him bypass the second Round before resuming at the next two events, the Carlisle Rally and the Scottish Rally.

“I’m contesting the Junior Championship, against drivers in identical R2 spec cars. It’s an incredible opportunity for me to test myself against the best drivers from the UK. It was proving hard to know where I stand in Australia against R3 and G2 spec cars,” Pinter continued.

“At this stage it’s just the three events, but depending on how we’re going and if we’re in with a chance in the Championship then I’d love to find a way to finish the season. This is a once in a lifetime opportunity and I want to make full use of it!” he added.

Meanwhile South Australian Guy Tyler, who has shown his pace in his rapid Mitsubishi Lancer Evo V by winning the local State Championship, has been selected as one of two local candidates in Vauxhall’s hunt for a driver.

The manufacturer has two Adam R2 spec cars, and put out a worldwide call for fledgling drivers to nominate themselves, with Tyler and fellow Australian youngster Aaron Windus putting their hands up.

“I actually leave this week to meet the team and interview for the drive,” explained Tyler. “It’s incredible to think that I’m one of just eight drivers selected by Vauxhall to meet for the drive.”

The eventual winner will drive the car in the Junior Championship against the likes of Pinter’s Fiesta R2. Windus too, the nineteen-year-old son of former ARC regular Darren, burst onto the Victorian Rally Championship scene last year and says he’s blown away by the chance to vie for the Vauxhall seat.

“My first rally was last year, it ended pretty badly but it was a learning experience. By the end of the year I’d won my first rally. And now this opportunity, it’s a massive eye opener, to even be considered,” Aaron exclaimed.

“I travel to the UK with no expectations, to even be selected feels incredible. I go with absolutely nothing to lose and everything to gain!”

So while experienced drivers like Chris Atkinson and Scott Pedder continue to compete overseas it’s great to see so many young, aspiring rally drivers finding opportunities to prove themselves on a World stage too.